The Fifth Letter: To the Church in Sardis 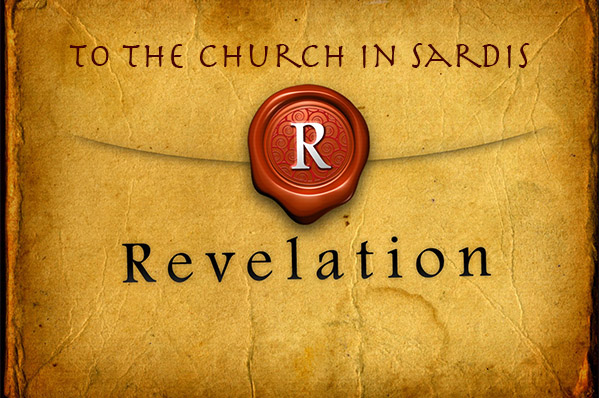 Sermon Title: The Fifth Letter: To the Church in Sardis

Introduction: Jesus delivers the harshest of diagnoses to the church in Sardis, a congregation that appears to be alive but is really dead.  No church is immune to deadly disease, so all believers must take heed to Christ’s correction and stay vigilant.  Jesus identifies their illness and its cause, provides a cure to the church, and promises to empower them by the Holy Spirit to follow His commands.

Both the city of Sardis and the church in Sardis have seen better days.  At one time an impenetrable fortress, the prosperous town experienced unexpected defeats—becoming a city of the past that rests on its former glories.  Similarly, the dead church possesses an “in name only” reputation for being alive (v. 1).  As the church “goes through the motions” of Christian life, their works are incomplete (v. 2).  The congregation appears to be fine, but it is dead inside.

The challenges of the other churches—persecution, heresy, opposition—do not appear in Jesus’ word to the Sardis church.  The fact that He remains quiet suggests that the church has managed to avoid trouble by blending in with society. They have become an accommodating church that lives in the past and works to preserve its existence rather than to promote the mission of spreading the true Gospel.  Slow and subtle, such diseases hinder growth and spiritual vitality.

Jesus shocks the church in Sardis by calling them dead.  In doing so, He provides hope because He is able to raise the dead!  Spiritual disease begins individually and eventually becomes a corporate issue.  Those few who have not soiled their garments (v. 4) may be agents of cure by sparking the fire of revival and spiritual health.  Jesus commands the church to wake up (v. 2), to strengthen what remains (v. 2), to remember and to keep what has been received and heard (v. 3), and to repent (v.3).

Conclusion: Having the seven spirits of God and the seven stars (v. 1), the glorified Jesus possesses the fullness of God’s Spirit to preserve and to empower His church.  He supplies what we need to obey His commands so the church may live and not die.