Water From the Rock 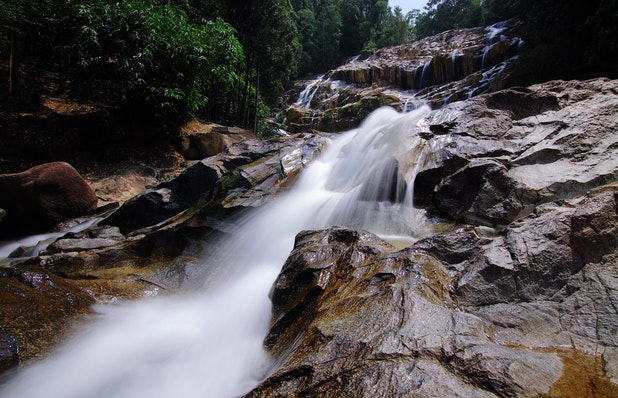 This account of God’s provision in the wilderness is important and relevant. It shows up throughout the Bible and we can learn how to handle our own trials biblically by paying attention. God counsels his people through trials by making them more aware of themselves, more aware of God and making them into worshippers.

Let’s overlay David Powlison’s Eight Counseling Questions (from CCEF) to this biblical account and use it as a “case study” to help us understand how to counsel ourselves through our own particular trials.

~ They camped at Rephidim, but there was no water for the people to drink.

2. How are you reacting? What are your thoughts, words, and actions?

~They grumbled and quarreled.

~But the Hebrew word “quarrel” refers to the people bringing a charge against Moses. They are taking him to court, putting him on trial, with the intent to execute him. (they were about to stone him.) They were BLAMING Moses.

~ They were blaming God in reality. (Putting God on trial)

“Thus the Christian message was in those days unmistakably the Evangelium, the Good News. It promised healing to those who knew they were sick. We have to convince our hearers of the unwelcome diagnosis before we can expect them to welcome the news of the remedy. The ancient man approached God (or even the gods) as the accused person approaches his judge. For the modern man the roles are reversed. He is the judge: God is in the dock. He is quite a kindly judge: if God should have a reasonable defense for being the god who permits war, poverty and disease, he is ready to listen to it. The trial may even end in God’s acquittal. But the important thing is that Man is on the Bench and God in the Dock.

4. What are the consequences and effects of your response? (How does this affect your mood, finances, health, relationships…?)

~ Israel wanted to stone Moses; they provoked the wrath of God; their hearts became hardened.

Ps. 95:8-9 Today if you hear his voice, do not harden your hearts, as at Meribah, as on the day at Massah in the wilderness, when your fathers put me to the test and put me to the proof, though they had seen my work.

5. Who is God, relevant to this struggle? (In trials, we tend to lose perspective and forget who God is and what He has done - so be sure to get your data about God from a reliable source: The Bible!)

~Who is the Lord and what has He done? - He’s the One who delivered them out of Egypt and has been providing for them in the wilderness.

What is God doing in this situation? “You want to put ME on trial? OK, then!”

~ Drink! “If anyone thirsts, let him come to me and drink.”  Drinking=believing in Christ

~ Repent - of blaming and complaining

~Drink some, drink more, and then, drink again!

7. What is a right response to your situation?

8. What are the consequences and effects of your right response?